Here is some fantastic news for parents in South Fremont. As you probably already know, Learn And Play Montessori is the leading operator of Montessori preschools in Fremont, with campuses in Irvington, Maple, Peralta, and Niles, and we are highly respected among parents in the city.

But here is the good news: early in 2020 we are opening a NEW preschool to serve the needs of parents in South Fremont. Many Silicon Valley commuters pass thru South Fremont, and many live there, so what could possibly be better? Your very own Learn And Play Montessori preschool now right on your doorstep!

Some parents may not be aware of the Montessori method of learning for young children. It was first used by Maria Montessori, an Italian, who developed her method of teaching which is now used widely in preschools throughout the world. She believed that the child is an individual, no matter how young, and should be respected as an individual and his or her needs taken into account.

As early as 1909, her work with children began to attract the attention of observers internationally, and by 1912 Montessori schools had opened in Paris and many other Western European cities, with many more planned for Australia, China, India, Japan, Argentina, Korea, Mexico, Switzerland, Syria, the United States, and New Zealand.

At our South Fremont preschool, we are following on with the work that we do in the rest of Fremont and the East Bay Area (we have preschools in Danville and Dublin as well). All of our campuses have large and airy classrooms with as much natural light as we can get. We believe that natural light is extremely b 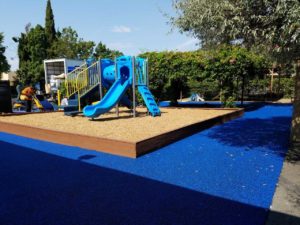 The Montessori method allows the children to choose what they want to learn about, rather than being told to sit and listen to a teacher talking to them about something that they might not be interested in. So our South Fremont preschool, just like the others, will be stocked with a huge choice of Montessori materials in each classroom, and the children allowed to walk around and select whatever they find of interest.

With the Montessori method, there is no pressure. There are no “targets” to be reached, and no competition. Each child explores whatever it is that attracts his interest, so what he is doing is learning about something that he wants to know more about. What this achieves is a lifelong love of exploration and learning, simply for the sake of learning.

We will let you know more about our South Fremont preschool a little nearer the opening date.