Kindergarten is underway again here in Fremont – at least in the public schools. Some of them are already full, and it is not easy to deal with the public school bureaucracy. At Learn And Play Montessori we are private, and we are easy to talk to and deal with and we are eager to please. However, the fact remains that even so, we do not always have spaces available. We always suggest booking as early as you can in order to get the Montessori Fremont kindergarten of your choice.

At least with Learn And Play Montessori in Fremont you have a choice, as we have three sites in the city in Niles, Peralta, and Maple, so there is a better chance we may have a space for your child. 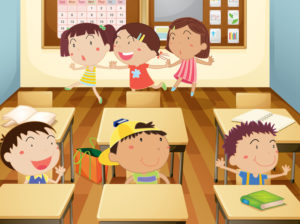 Why Montessori for Your Kid’s Fremont Kindergarten Experience?

People do ask us why they should send their child to our Montessori Fremont kindergarten and we tell them that Dr Maria Montessori firmly believed that children do the major part of their learning up to the age of about six. Everything that they learn in those first six years forms the foundation for what they go on to learn later. The child’s mind is absorbent, and curiosity is at a peak during those formative years – which is why they are called formative! When the mind is properly stimulated it forms patterns of learning which will serve the child for the rest of his life.

The Montessori Method involves the child learning through using all five senses rather than just sitting listening to a teacher talking, or reading a book. The Montessori Method uses many different materials and the child himself chooses what he wants to do and which materials he wishes to use. The teacher watches each child individually and closely and introduces new materials for the child to choose from when she feels that the child is ready to move on further.

Nobody in our Fremont kindergarten is rushed, so each child works and learns at his own pace. Equally, quick learners are not held back, but simply offered more materials with which to proceed at their own faster pace. Children can work individually, or they can work in a group which has an age span of around three years. This enables the younger children to learn from their peers who will act as models for them to follow and who will show the younger ones what they have learned which at the same time underpins their own learning. The Montessori Method of learning is an exciting journey of discovery which leads to concentration, motivation, self-discipline, and a love of learning for its’ own sake.